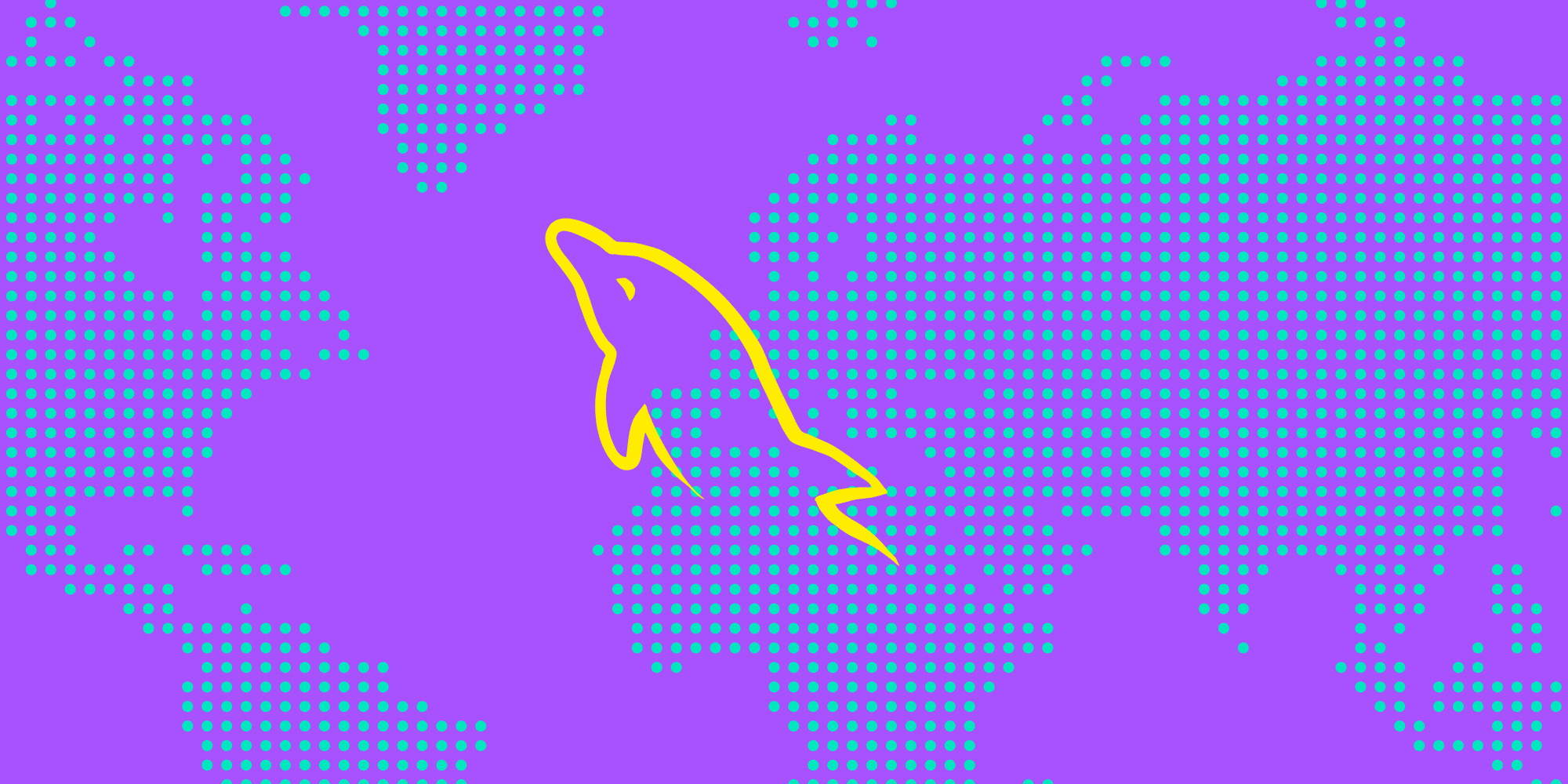 With the release of MySQL 8 in the spring of 2018, a mature set of features has entered the mainstream. Having previously taken a closer look at the JSON data type, we now turn our attention to spatial data. Specifically, we will discuss how to employ MySQL 8 as a spatial database to store and process geographic features.

Before we get to the nitty-gritty details, such as how to write spatial queries, let's consider a few basic questions: What is spatial data, and what are geographic features?

Spatial data, as explained by the MySQL reference is geometric data defined as "a point or an aggregate of points" representing anything in the world that has a location.

The different geometry types serve as an abstract basis to model spatial data. Within a spatial database, we furthermore encounter a number of key technical concepts:

All of these serve to model, process, and compare the geometry of geographic features.

There is also the purely abstract Geometry type of geometric object, which can represent any of the other geometry types.

Better support for spatial data handling was one of the major improvements included in the MySQL 8 release. However, it was already possible to store and process geographic features using earlier MySQL versions as well as competing database systems. We won't go down the =MySQL vs PostgreSQL=, or MySQL vs MariaDB rabbit hole. Instead, we focus our attention on the direct comparison of using MySQL 8 vs 5.7 as a spatial database.

How has spatial data handling improved in MySQL 8

SRID 4326 is GPS coordinates. SRID 3857 is the web map projection that you see on Google Maps, OpenStreetMap, and most other web maps.

How was spatial data handled in MySQL 5.7?

While it has been possible to store a spatial reference system identifier (SRID) with a geometric object, MySQL versions prior to 8.0 were not able to use this information for computations. Instead, the provided geometric functions operated on the infinite flat Cartesian plane represented by SRID 0. To get accurate results, one commonly had to define custom functions to process raw results and convert between units.

Writing custom functions for querying and processing of geographic features required an intimate understanding of math and geometry. Furthermore, many of the provided spatial relations functions were limited to using the minimum bounding rectangle (MBR), instead of the precise shape of geometric objects.

So far, we've looked at what constitutes a geographic feature, as well as how geographic features are represented as spatial data. We now turn our attention to the specific technical implementation found in MySQL 8:

Specifically, since we're using SQL ("structured query language") as the interface between the database and the user, we'll be discussing the spatial queries involved. But first, a bit of background.

The Open Geospatial Consortium (OGC) publishes a set of standards under the name "OpenGIS Simple Feature Access". These are also normed as ISO 19125-1, and ISO 19125-2. The ISO 19125-1 standard defines two representations for the exchange of geometric objects across systems.

Note: in the examples below we are often using the SQL SET statement to define variables. This is not necessary per se, but makes for cleaner code and more easily understood queries.

Create a new table spat with a column geom of type Geometry:

Remember that this allows us to store geometric objects of any geometry type. We can also be more specific; here we add a new column of type Point to the existing spat table:

Inserting spatial data into the database

We've mentioned the Well-known Text (WKT) format a few times, but what does it actually look like? Here we use WKT to define a point and process the textual representation by calling the ST_GeomFromText() function:

Specialized functions exist for the different types of geometry. As an example, here we employ the ST_PointFromText() function to process a WKT-string representing another point:

Calling these functions will transform the WKT-representation into an internal storage format.

Retrieving spatial data from the database

Once we have spatial data stored inside the database, we'll commonly want to extract the data. Again, we use Well-known Text (WKT) as the universal interface. Here we're calling the ST_AsText() function to retrieve the column g from and convert its contents from the internal representation back to WKT:

Correspondingly, we can use the ST_AsBinary() function to convert the contents of the geom column to a compact binary representation:

One of the most practical uses of a spatial database is to query the spatial data according to certain spatial relations. This allows us to ask questions about the geometric objects, such as "find all objects that are located within / outside of a particular object". Some of the more commonly used spatial relations are:

All of these spatial relations compare the location of two geometric objects and return a boolean (true / false) result. Besides these boolean relations, there are a number of functions to calculate the distance between geometric objects. In these cases, the returned value will be numeric. The unit of the result depends on the spatial reference system (SRS) in use. Here we calculate the distance between two points in the SRS defined by SRID 4326:

Indexing of database columns is a best practice to improve query performance. As was the case in MySQL 5.7, creating a spatial index in MySQL 8 results in an "R-tree" data structure, which is optimized for quickly resolving many spatial relations. Remember that for spatial indexing to work, the column to be indexed must be declared NOT NULLand must have an SRID set:

In real-world applications it may not be practical to write out spatial queries using Well-known Text (WKT) by hand. Fortunately, a number of libraries exist to make this job easier. They allow for the programmatic mapping between different representations of geographic features, such as natural language coordinates, Well-known Text/Binary, and GeoJSON. Here's a selection of popular geospatial PHP libraries:

Jascha Silbermann is a guest author here at fortrabbit and an independent web consultant and open source enthusiast in real life.